The LaPrairie County Mutual Fire Insurance Company was formed in 1874 in LaPrairie, Saratoga, and Steuben Townships of Marshall County in Illinois. It was organized by farmers of these townships who were having trouble buying fire insurance.

In 1987, with the creation of the new Farm Mutual Act, the name was changed to LaPrairie Mutual Insurance Company. The Mutual has grown from the original three townships to 80 counties during the Company's 145+ year history. The Company office is located at 401 Edward Street in Henry, Illinois. 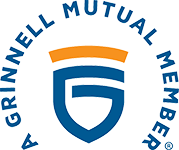